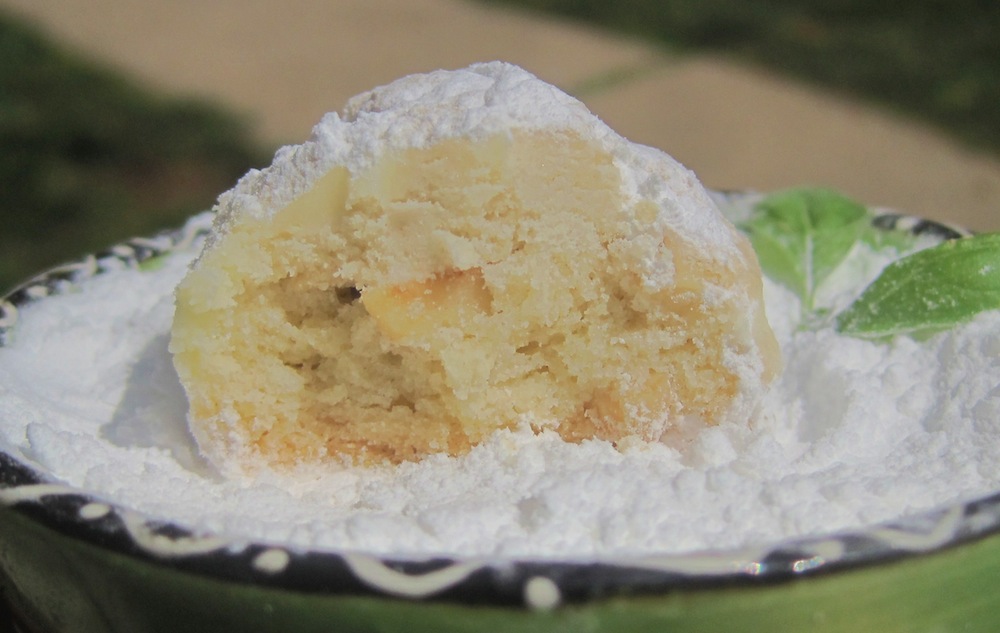 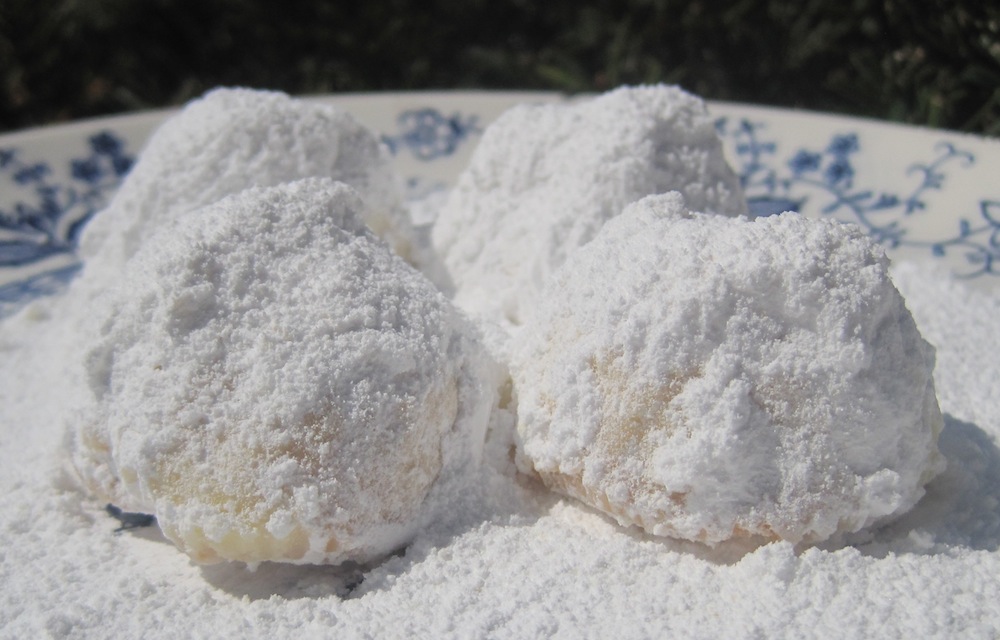 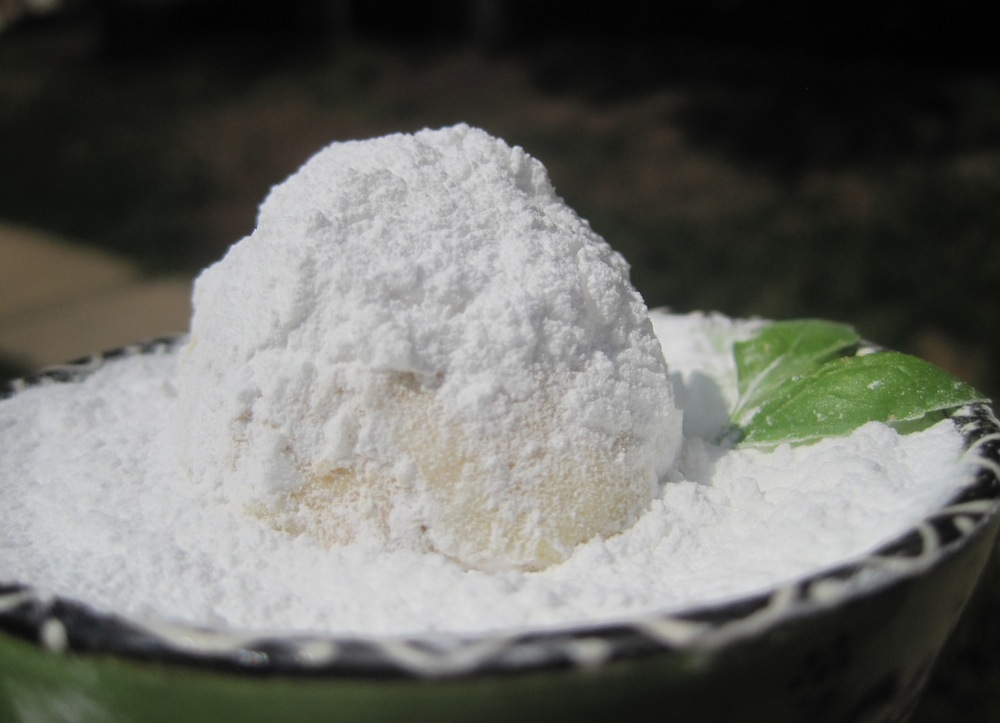 Kourabiedes - as featured by the Beekman Boys

Rich, buttery sugar cookies that melt in your mouth and are as light as air. Filled with perfectly roasted almonds and covered in confectioner's sugar for a sweet kick, these sweets are a challenge to stop at just one.

Butter. The essence of kourabiedes lies in using high quality butter so that the cookie is both rich and light as it melts in your mouth. Kavala, a small town in Northern Greece, is famous for making the best kourabiedes because they use butter made from buffalo in the region. On the other hand, many traditional regions of Greece such as Veroia argue that the only way to make proper kourabiedes is to use goat butter. Goat butter gives the kourabiedes their irresistible light and rich flavor, while sheep or cow butter leaves them a heavier to the palette.

Light and delectable, buttery, and piled high with powdered sugar, kourabiedes are a staple of the holiday season in Greece. During Christmas, many kourabiedes are dressed with a single, dark clove in the middle which is supposed to represent the spices, frankincense and myrrh, that the Magi brought to baby Jesus on his birth. Moreover, the white sugar on top is meant to represent the snow of the Christmas season, and many wonderful legends have developed as people have supposedly seen the faces of saints or angels in the powdery white sugar.

Kourabiedes were introduced to the Greeks during Ottoman rule, but they evolved independently and now taste very differently from the Kurabiye from which they came. During Ottoman rule, kourabiedes were cut into crescent shapes as an act of deference to their colonizers, but this practice lost favor following Greek independence in the early 19th century. Byzantium, which would become the Roman Empire’s Constantinople and present-day Istanbul, had a crescent as its symbol during Greek rule based upon the Greek goddess Artemis. Ironically, the Ottomans adopted the crescent when they conquered the city in 1453, and its origins were obscured over time. Another legend has it that it was not the Ottoman crescent from which the Greeks shaped their sweets; the lack of cutting equipment and molds led Greeks to cut their cookies using the edge of cups for drinking water which gave the cookies a natural curve. The story of kourabiedes is not about origins or authenticity though. The hybrid nature of this sweet illustrates the ways that culture transcends the artificial borders we erect around nations and empires. Culture is constantly shared, adopted, cannibalized, and adapted to local regions, but it is never “authentic.” What we think of as globalization today is a process that has been ongoing for centuries, and food is a wonderful way to tease out this history.

In the Balkan Wars of 1912-13, Greeks began to use a slang term for soldiers calling them “kourabies.” At first glance, kourabiedes look solid and pristine, but they crumble the minute you take a bite. “Kourabies” were soldiers that looked strong and promising but crumbled the minute they were in battle and showed weak will. This slang carried over to World War II as well. The Greeks named Mussolini’s Italian soldiers “kourabiedes” because they were weak-willed and crumbled easily in battle. Only with the help of the German’s were Mussolini’s “kourabiedes” able to take over Greece, but the nickname stuck as a subversive way for Greek’s to defy their occupiers.

The connection with kourabiedes and danger didn’t end when the hostilities of World War II ended. Well-seasoned Greek bakers often make kourabiedes only in bite-sized portions because novice eaters will mistakenly breathe in or out as they take a bite of larger kourabiedes. The light and airy powdered sugar can easily be inhaled and a cloud of dust induces coughing of epic proportions. Unlike the “kourabiedes” in World War II though, most people courageously adjust and continue to eat these historical sweets.